Tell Your Story, Your Way

With your data, we can create a Regional Giving Trends Dashboard for Massachusetts, providing charts and figures capturing giving trends in the region through grant data collection, visualization and analysis. 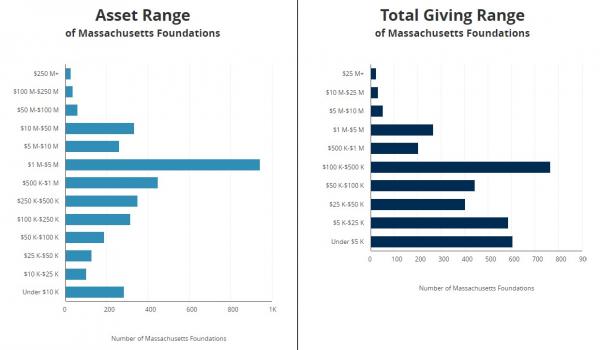 Better information benefits everyone, but it begins with you.

With this report, we will be able to:

No one knows your grantmaking better than you. When you share your data, you control your story.