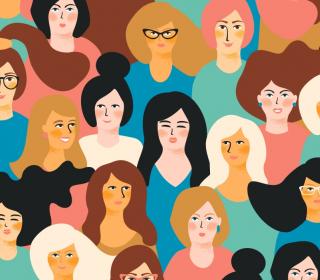 Investing in women has a positive economic impact across generations and throughout communities.

Here in Massachusetts and throughout the country, women and girls' rights and cause have been receiving increased attention within the political space and in our overall culture. Reports are showing, however, that this increased interest has not translated into increased philanthropic support. In 2016, for example, organizations focused on women and girls received 1.6% of donations given that year.

During this program, we will discuss how some of these issues manifest locally in Massachusetts and identify what is happening to address those issues, as well as what could be happening to move the work forward. Featured speakers will shed light on what their organizations are doing to help address these factors. This session is an opportunity to hear from and meet nonprofit representatives working in this arena, as well as gather with other funders interested in supporting this work.

Keep your eyes on this page as it will be updated with speaker information!

Michelle founded MEDIAGIRLS in 2014, based on her love for making media and mentoring young women. She is an award-winning filmmaker, author, and journalist whose projects have been featured on “The Oprah Winfrey Show,” Katie Couric’s talk show “Katie,” “The Today Show,” and national publications including New York Times, The Washington Post, Psychology Today, Parenting, and U.S. World News & Report. She is the author of the book I Love Mondays (Seal Press, 2012), co-author of the national bestseller I’m Not Mad, I Just Hate You!: A New Understanding of Mother-Daughter Conflict (Viking, 1999), and author of Seeking Happily Ever After (Tarcher Penguin, 2010). Michelle was Sr. Editor of the national magazine Girls’ Life and continues to blog regularly for Thrive Global and Girls Leadership Institute.

Michelle is the director and producer of the feature-length documentary “Seeking Happily Ever After” (Lionsgate, 2010), as well as One and Only (2016), her documentary about only children. Michelle lectures and leads workshops around the U.S., and has spoken at institutions including: Harvard University, Stanford University, Boston College, Boston University, Clark University, and Sixth & I. She has also presented at several conferences, including Mom 2.0 Summit, Celebrating Women: Mind, Body & Spirit, The National Media Literacy and Education Conference, Boston International Kids Film Festival and The Worcester Women’s Leadership Conference. Michelle is married with a 15-year-old daughter, and lives in Brookline, Mass. Visit www.michellecove.com to learn more about Michelle’s projects. 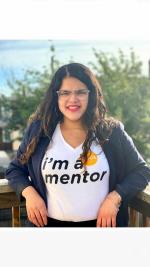 Erika Rodriguez is Chica Project’s Executive Director. Chica Project’s mission is to close the opportunity divide for Latinas and other Women of Color by empowering them with the skills, confidence, and network necessary to thrive personally and professionally. Before leading Chica Project, she worked for Beantown Society and The City School. Erika is a well-known community organizer and non-profit leader in the City of Boston.

Erika is a first-generation Dominican, born and raised in Boston. She attended Boston Public Schools and later was part of the METCO Program attending Concord-Carlisle Regional High School. She holds a bachelor’s degree in Political Science and Africana Studies from Simmons College. Erika is a recipient of the distinguished Boston Neighborhood Fellow Award issued by The Philanthropic Initiative and Boston Mayor Martin J. Walsh. And, is also a recipient of El Mundo Boston’s Latino 30 under 30 award. 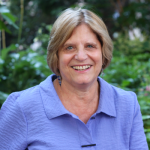 Amy Segal Shorey is a senior grantmaker and advisor for six GMA client foundations, and consultant to other donors and foundations. Amy takes particular pride in the work these clients do in fields as diverse as health, environment, education and social justice. As a short-term or ongoing advisor, she supports boards of trustees in strategic development and governance.  Amy has been a workshop leader for family trustees, and has helped develop the Foundations in Practice® case study series.

Amy has served on several nonprofit boards, both nationally and in Boston. Her experience as a member of Yale’s first coed freshman class, and being the mother of two daughters inspires her continuing interest in girls’ empowerment. 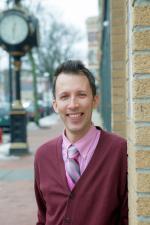 Passionate advocates for women, families, and children in the Lowell community since 1988, Acre Family Child Care’s mission is to provide a pathway for women to achieve economic independence by operating high quality child care businesses in their homes. AFCC’s vision includes ensuring that the children of Greater Lowell have access to a high-quality early education experience, regardless of their family income. Learn more about the AFCC network at https://acrefamily.org/

Lucas has focused his career on ensuring accessible and high-quality opportunities for children, families, and educators of all abilities and backgrounds. He joined Acre Family Child Care in 2015 as Chief Program Officer. In 2017, Lucas became Co-Executive Director along with Zelma Khadar and now oversees the organization’s child care and professional development resources. He is a member of the Board of Directors at the Massachusetts Association of Early Education and Care (MADCA), and previously served as Director of Early Childhood Education and Parent Resources at the Discovery Museum in Acton. 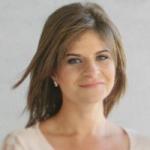 Jessica Teperow is the Director of Prevention Programs for REACH Beyond Domestic Violence. Prior to coming to REACH, Jessica has worked in the field of sexual assault and domestic violence prevention for the past seventeen years in Boston, Washington D.C, and the San Francisco Bay Area. She has years of experience coordinating education and outreach programs at Rape Crisis Centers and Domestic Violence organizations including Rape Trauma Services of San Mateo County and Casa Myrna in Boston, Massachusetts. Jessica graduated from American University with a degree in Women and Gender Studies with a concentration in sexual assault and domestic violence prevention. She has used her academic research on different violence prevention methods and curricula to create and implement dating and sexual violence programming with colleges, universities, middle and high schools, and juvenile probation programs. In her role at REACH she trains professionals who interact with survivors of domestic violence- such as law enforcement, medical professionals, clinicians and educators- to increase their capacity to recognize, respond to, and prevent intimate partner violence. Throughout her career, Mrs. Teperow has spoken to hundreds of young adults and professionals with the goal of initiating dialogue about the critical issues of relationship violence and sexual assault.

This program is designed in partnership with the Imago Dei Fund.