Responding to Extremism - New Thinking about Norms and Trust 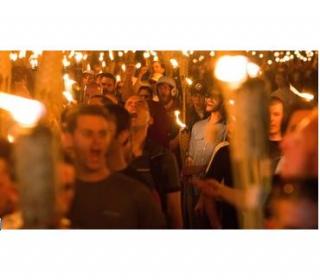 Racially-motivated killings in Buffalo, Dallas, and Southern California in one weekend. Mass atrocities and genocidal rhetoric in Europe, Africa and Asia.  In the wake of rising domestic extremism, hate fueled attacks, and global attention to the atrocities in Ukraine, Tigray and China, how should funders respond?  Can philanthropy play a role in addressing the personal, cultural, and structural roots of radicalization?  What can we learn from those who have studied ways to prevent atrocities and combat extremism around the world? Are there ways to apply lessons learned to place-based and issue-based funding?

Join us for a conversation with Dr. David Frey, Founding Director of the Center for Holocaust and Genocide Studies at the United States Military Academy, West Point about understanding, preventing, and responding to extremism, and empowering individuals, communities and organizations as they chart new paths forward.

Dr. David Frey is Professor of History and Founding Director of the Center for Holocaust & Genocide Studies (CHGS) at the US Military Academy at West Point. As CHGS Director, Dr. Frey oversees a comprehensive atrocity studies program and has spearheaded efforts to increase Defense Department understanding of, research into, and efforts to prevent mass atrocity.

He serves on the US Holocaust Memorial Museum's Education Committee, the Advisory Board of the Holocaust Education Program at the National World War II Museum, and the executive committee of the Consortium of Higher Education Centers of Holocaust, Genocide, & Human Rights Studies.

With the USHMM and Department of Defense partners, he created the Atrocity Prevention Network, a network of US government personnel engaged in atrocity prevention education. The US Holocaust Memorial Museum named him one of seven international “agents of change” in 2018.

He is the 2021-22 William J. Lowenberg Memorial Fellow on America, the Holocaust, and the Jews at the Mandel Center for Advanced Holocaust Studies, US Holocaust Memorial Museum (USHMM) researching World War II era “marginal soldiers.” These include Jewish refugees who joined the US Army military intelligence and contributed to reshaping concepts of American citizenship and belonging, work that has been featured on "60 Minutes."

PLEASE USE THIS LINK TO REGISTER.

This event is hosted in partnership by Grantmakers Council of Rhode Island, Maine Philanthropy Center, and Philanthropy Massachusetts.