Home » In Philanthropy » Giving with a Passion

Giving with a Passion

Giving with a Passion

It’s that time of year again. My inbox and Twitter feed are overflowing with holiday well wishes (the Thanksgiving card is very in vogue these days), promotions for holiday shopping (free shipping! door busters!) and of course, advance buzz about #GivingTuesday. 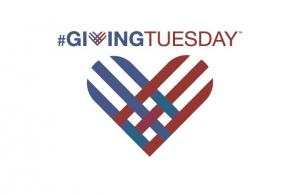 According to The NonProfit Times, donations on #GivingTuesday in 2013 amounted to $32.33 million processed on five online platforms. Blackbaud alone reported that it processed $19.2 million in online donations on the day, a 90% increase over the prior year. The average donation processed rose by 40% in 2013 to $142 from $102 in 2012. Over 10,000 nonprofits participated in 2013 and the Giving Tuesday hashtag was the #1 trend on Twitter on that day last year. Clearly, there’s a movement afoot.

And like any movement, it has its detractors. Both Forbes and the Stanford Social Innovation Review have been critical of #GivingTuesday, questioning whether it is promoting the message of the event and not the charity itself, whether it unfairly benefits larger nonprofits, whether it actually increases giving overall and whether it results in long-term engagement with the charity. All good questions to ask, some of which will only be answered with more data on #GivingTuesday.

It's not surprising to think a lot about giving at this time of year, dubbed the “Giving Season” by many nonprofits. A 2012 GuideStar Survey  reported that 50.5% of the organizations surveyed said they received the majority of their contributions between October and December. For donors, the end of the tax year is in sight. In the 2012 Bank of America Study of High Net Worth Philanthropy, 42.7% of those surveyed reported that they gave more during the holidays than the rest of the year. The holidays present opportunities for families to be together and look closely at how they give and give back.

In my opinion, the best giving starts with a passion. What ignites that passion to give your time, talent or treasure varies from person to person, family to family or foundation to foundation. It could be the implementation of a family legacy, or a single catalyzing event. It could be an act of gratitude shown on behalf of a friend, co-worker, parent or child. It could be a post on social media that spurs you to action. It could be a year-end tradition with family or friends.

So how can you use this season to make the most of your giving? Here are a handful of quick tips to help guide you.

As for Giving Tuesday, what’s a donor to do? I realize there is no one silver bullet, no single day that will magically raise all the resources that an organization needs to do this challenging work. No set of year-end gifts all by themselves will help solve entrenched challenges in our communities. However, if we can’t shine a light on the good work of the nonprofit sector in December, when so many cultures celebrate the good in the world and the triumph of light over darkness, when can we?  So on Tuesday 12/2, tune in and not out. Participate in Giving Tuesday, and tie it directly to your giving strategy.  Talk to your family and friends about what causes matter to you and how you can be part of the solution. Be part of a movement to not only give, but be informed, active and engaged all year long.

Gioia Perugini is the Associate Director of Philanthropy and Family Office Services at Hemenway & Barnes LLP in Boston. She advises individuals, families, charitable trusts and foundations on their charitable giving. She is on the Board of the Brookline Community Foundation and is the parent of two school-aged children, whom she involves in as many charitable efforts as she can. She speaks and writes frequently on a range of charitable giving topics, most recently on  next generation giving. You can read her blog at http://hembar.com/blog/ and follow her on Twitter @gperj